At the end of 2015, Codeless came into contact with Robert Heidekamp of ANWB Medical Air Assistance, the organization that is responsible for the use of emergency response helicopters throughout the Netherlands. Robert was looking for a software package in which planning and administration came together, software that carries out calculations automatically, and is clear and to the point with an ease of usability because it looks good. There are already many ready-made programs for larger passenger airlines and small flight companies simply work with Excel sheets. But there was no suitable application for ANWB Medical Air Assistance that met all their requirements and wishes. Fortunately, Codeless was able to help.

A proof-of-concept within a week

Robert: “A week after we contacted Codeless, the team was in our office. We explained what we needed, sent some diagrams, forms, and Excel sheets, and a short while later Codeless presented an initial proof of concept that was incredibly well suited to our needs. Just as an indication of the possibilities. I still think that was brilliant.”

Naturally, many steps still had to be taken and decisions made based off the proof-of-concept. So Codeless went into further discussions together with Robert and a colleague. Robert says the following about this stage: “Another amazing thing: after we decided to work together, we had a number of sessions here in our office. We explained how our process works, from A to Z. Two weeks later Codeless came back to us. But this time we did it the other way around: They told us what we do. And that was very enlightening. That has given us a lot of confidence.”

Great service - even on January 1st

Codeless and ANWB Medical Air Assistance have worked closely together for a year. Robert indicates that he very much appreciated the fact that from the beginning the Codeless team was available to make adjustments if necessary, even if it was on January 1. “On the first day of the New Year we started with the new system and even though both Codeless and ourselves had done extensive tests, something went wrong. I was quite frustrated about it. And it is exactly at these such moments, it is nice that the guys from Codeless are so calm. “We’re going to look at it right away,” they said. And a few hours later: “The problem is solved”. Very pleasant. What more could you want?”

According to Robert, Codeless is customer-oriented, thorough, knowledgeable, accessible and honest. “Look, they are also very good at building software, but the way they work, how they approach the customer, that makes it really a pleasant team to work with.”

“We looked at all kinds of ready-to-use applications for two years, but nothing worked. After one conversation, Codeless came up with a proof-of-concept that immediately hit the mark. We started building together from there. And the result is brilliant.”

Interested in the best software for your business and ambitions?

Michael will be happy to help you with a no-obligation consultation. 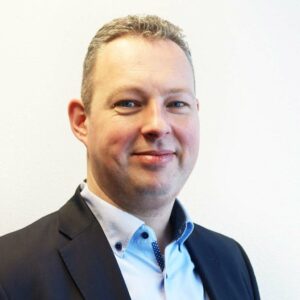 Check when Michael is available

So that you have the best software for your business and ambitions.